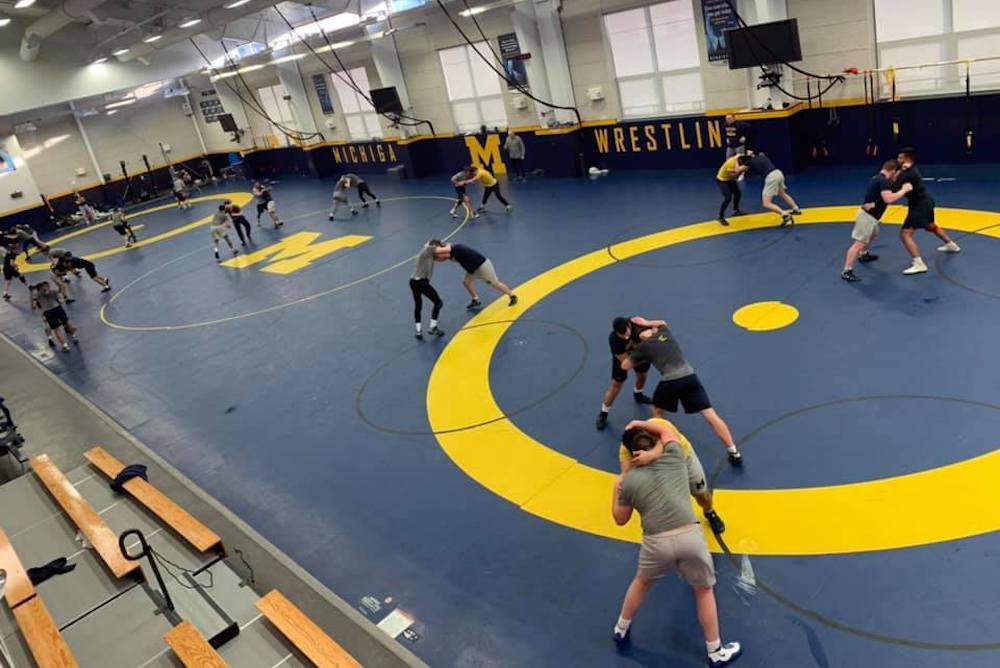 Alleged victims of former University of Michigan athletic doctor Robert Anderson are seeking accountability from other university officials who they say knew about what was happening.

Three former wrestlers, including Andy Hrovat, a former Olympian, Thomas Evashevski and Tad Deluca, made statements at a recent press conference, according to a report by M Live Michigan. Deluca was identified by lawyer Parker Stiner as the initial whistleblower in the case, who sent his first letter to the university about Anderson in 1975.

“For nearly four decades, Tad’s voice has been silenced," Stinar was quoted as saying.  “Hundreds of young individuals have been sexually abused. Those voices will no longer be silenced.”

In one incident Deluca alleges, he went to Anderson with a dislocated elbow and was subjected to prostate and testicle exams.

Deluca wrote a letter at the time to then-coach Bill Johannesen and Athletic Director Don Canham, stating that, “regardless of what you go in there for, he always makes you drop your drawers.”

Yet, instead of action against Anderson, Deluca found himself removed from the team, costing him his full-ride scholarship.

Johannesen spoke to Ann Arbor News in February, and denied any knowledge of the letter or of removing anyone from the team other than a wrestler who had missed practices.

“I personally heard nothing in my four years as an athlete there... and then as a coach... never any accusations,” Johannesen said.

In 2018, Deluca said he was inspired by the #MeToo movement to send another letter to current Athletic Director Warde Manuel.

Deluca said that the culture he was accustomed to in the university sports program lead him to blaming himself when he was not listened to in 1975.

“Time is up where it takes 100 victims to come forward before an investigation takes place,” Stinar said. “One voice should prompt an investigation. One voice can no longer be allowed to be silenced until it gets to 100.”

After the press conference, UM spokesperson Rick Fitzgerald issued a statement of support for the victims, encouraging any who was harmed by Anderson to come forward.

Want to get notified whenever we write about University of Michigan ?

Sign-up Next time we write about University of Michigan, we'll email you a link to the story. You may edit your settings or unsubscribe at any time.